These are the main ethnic groups that are found in the Omo area. Some groups are then divided into other individual groups like the Mursi, who have sub groups such as Bume Mursi, Hanna Mursi and the Suri.

This information below is to be seen as a rough guide as I will explain all the individual differences when we are visiting each individual group. I feel it is better to experience, see and hear what is there rather than reading it of a computer screen. I do think it is beneficial for you to have a small understanding of the areas people before you come, so I have taken the time to put together a little information on the larger groups found in and around the Omo valley region.

The Hamar are semi-nomadic pastoralists, numbering around 47 000, who migrate every few months to find pastures for their goats and cattle. Their Huts are round and conical and made into a dome frame of branches that is then covered with grasses, mats and hides allowing them protection from the elements. About 20 huts are built around a general living area where the residents spend most of their time attending to their daily chores, this is usually along side a large fenced area that houses the families cattle and goats. The Hamar often trade these with their neighbouring tribes for sorghum and corn, as they do not grow it themselves. Goats and cattle offer fresh milk and meat, and along with Sorghum that is made into a pancake, porridge or mixed into a stew make up their daily staple.
The men typically and traditionally wear a chequered skirt of cloth accompanied by a beaded head band and trailing feather, although most recently they are all the more often seen wearing battered and worn European football shirts that brandish names or long transferred or retired stars. The women wear a cow skin skirt, covered in layers of red, black and blue beads. Their Hair is worked into small dreadlocks that are imprisoned in thick layers of butterfat and is a trademark of these proud women.

Cow jumping is a rite of passage for the Hamar men, and is usually the most well known and decorated ceremony from the Omo valley. It is held in honour of a young mans coming of age and must be done before a Hamar man is permitted to marry. The young man must successfully "jump the cattle" four times (only castrated male cattle may be used as the jumping platform). The participant is always naked except for a few cords bound across the chest; this is seen as a symbol of the childhood he is about to leave behind. On completion of this test, the cords are immediately removed and announce to onlookers that young man has joined the ranks of the maza (other men who have recently passed through the same rite of passage and who will spend the next few months of their lives supervising these events in villages throughout the Hamar territory). These ceremonies end with several days of feasting and drinking.

The maza are also responsible for a brutal ritual, which precedes the main cattle jump. The women of the village purposefully provoke the maza into lashing their bare backs with sticks, which inflict raw, open wounds and scar them for life. These wounds are seen as the mark of a true devoted Hamar woman, and all the village's women participate. The sister’s and relatives who were whipped at the man's ceremony, enduring the pain and branding for his sake do so, so if it is later needed in their life, can look to him for help if she falls on hard times. It is not all too uncommon to find women as the heads of families, as they marry men who are much older than themselves while they are young. Widows are not permitted to re-marry.

The Mursi is from Debub Omo River Zone in south Ethiopia near the Sudanese border. The Mursi, Suri and Me’en tribes are sometimes grouped together and call the Surma tribe as they all share similar rituals and body scarifications. These are the areas most famous tribes due to the large lip plates the women wear.

Nonetheless, the Mursi people reject being called by the word "Surma." Unlike the Hamer tribe, which speaks an Omotic language in the Afro-Asiatic linguistic family, the Mursi language is a Nilotic tongue as is the language of their southern neighbours the Maasai.

In these tribes, only girls and women wear lip plates. Raised scarification is although worn by all. Another Mursi tribe ritual involves the stick fighting ceremony, which is called the“donga.” This ritual is performed by the men and usually results in numerous casualties and deaths each time the fights take place. The winner of these contests are highly respected and are allowed the right to select which ever woman he fancies, some times numerous women as way of reward for his bravery in battle. The Mursi are the only tribe in the area that is open to pre marital sex and having numerous partners.

Similar to other African tribes, the Mursi people frequently drink a blend of blood and milk for nourishment and do not commonly eat meat as they measure their wealth by the number of animals that they own.

Tusk pendants worn by Mursi men are a sign of bravery and status. Also the deep horseshoe shaped scarification’s the Mursi warriors make on their upper arms are won whenever they succeed in killing an enemy. The scars are put on the right arm for a male victim and on the left for a female victim. If an arm becomes covered in these scarifications and there is no longer room for more trophies, they proceed to put the incisions on their thighs. Women on the other hand attain scarification as a sign of beauty.

The Daasanach are an ethnic group of Ethiopian, Kenyan and Sudanese people. Their main homeland is in the Debub Omo Zone of the Southern Sudan and into the People's Region of Ethiopia, and extending down to the north end of Lake Turkana. They number around 49 000 people.

There are a number of variant spellings of Daasanach, including Dasenach and Dassanech (the latter used in an episode about them in the TV series Tribe).

The Daasanach are also called Merille especially by their neighbours, the Turkana of Kenya.

The Daasanach are traditionally a pastoral people by tradition, but in recent years have become primarily agro pastoral. Having lost the majority of their lands over the past fifty years or so, primarily as a result from being excluded from their traditional Kenyan lands, including both sides of Lake Turkana, and the 'Elemi Triangle' of Sudan, they have suffered a massive decrease in the numbers of cattle, goats and sheep. As a result, large numbers of them have moved to areas closer to the Omo River, where they attempt to grow enough crops to survive. There is much disease along the river (including tsetse, which has increased with forest and woodland development there). Like many pastoral peoples throughout this region of Africa, the Daasanach are a highly egalitarian society, with a social system involving age sets and clan lineages - both of which involve strong reciprocity relations.

The Daasanach are a primarily agro pastoral people; they grow sorghum, maize, pumpkins and beans when the Omo river and its delta floods. Otherwise the Daasanach rely on their goats and cattle, which give them milk, and are slaughtered in the dry season for meat and hides. Sorghum is cooked with water into porridge and eaten with a stew. Corn is usually roasted, and sorghum is fermented into beer. The Daasanach who herd cattle live in dome-shaped houses made from a frame of branches, covered with hides and woven boxes (which are used to carry possessions on donkeys when the Daasanach migrate). The huts have a hearth, with mats covering the floor and are used for sleeping. The Dies, or lower class, are people who have lost their cattle and their way of living. They live on the shores of Lake Turkana hunting crocodiles and fishing. Although their status is low because of their lack of cattle, the Dies help the herders with crocodile meat and fish in return for fresh red meat.

Women are circumcised by removing the clitoris so the form of circumcision is less extreme than some as it leaves room for babies to be born. Women who are not circumcised are called animals or boys and cannot get married or wear clothes. Women wear a pleated cowskin skirt and necklaces and bracelets, they are usually are married off at 17 while men are at 20. Men wear only a chequered cloth around their waist, like their Hamar neighbours who they regularly go to war with over prized grazing land.

The Karo, traditionally called the Kara (meaning fish eaters) are a small population of about 1500 who live along the east banks of the Omo River.
The main subsistence crops of the Karo are sorghum, maize and beans. Bee keeping and fishing supplements them.

The Karo used to have big, magnificent houses when they were rich in cattle but after they have lost their wealth through heavy tsetse fly epidemics, they adopted the much lighter conical huts of the Bumi. Every Karo family owns two houses-the conical shaped Ono, which is the principal living room of the family, and the flat roofed Gappa which is the centre of several house hold activities.

The most striking thing about the Karo (and the reason they are now one of the most visited tribes) is their people's symbolic and ornamental expressions that are painted on their bodies and faces. This is an elaborate process, which ranges from fine and elaborate details to rough, but striking paintings traced with the palms or fingers. The most beautiful expression is in the facial and chest paintings that combine white (chalk), black (charcoal), yellow, ochre, and red earth. They often imitate the spotted plumage of a guinea fowl. Karo woman scarify their chests to beautify themselves .The complete scarification of a man's chest indicates that he has killed an enemy or a dangerous animal. The scars are cut with a knife or razor blade, lifted with a thorn then has ash rubbed into the laceration to produce a raised effect. The wearing of a grey and ochre clay hair bun also indicates the killing of an enemy or a dangerous animal. Both forms of decoration carry the same symbolic meaning for the Karo as they do for the Hamar.

At the end of the harvest and at times of initiation and marriage, the Karo come together to enjoy dances. During the moonlight dances, the Karo men leap joining one another in long lines towards the women, who come forward one by one to select the man whom they favour. Afterwards the Karo man and women couple themselves and perform rhythmic and pulsating dances. Thrusting their hips one against the other in the dusty atmosphere of early evening. These dances often lead to marriage after the initiate has successfully fulfilling their own jumping of the bulls. (These ceremonies are usually performed only under the supervision of close family members.) A Karo man may take as many wives as he can afford, but usually he marries only two or three. 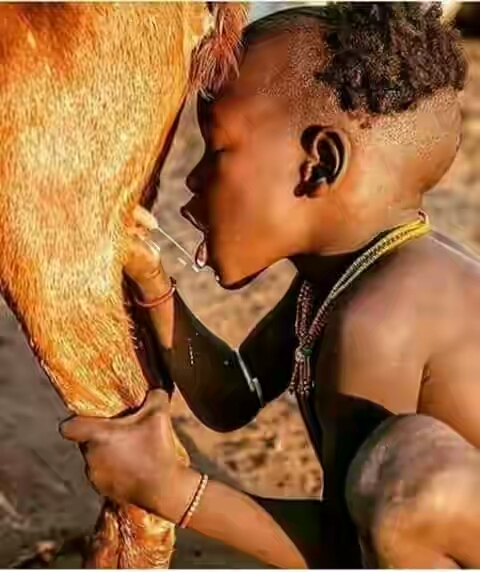